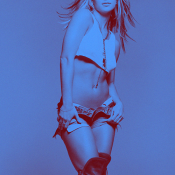 this is who y’all bent the knee to?

Hopefully that means he’s retiring and will go into isolation for the remainder of his life.